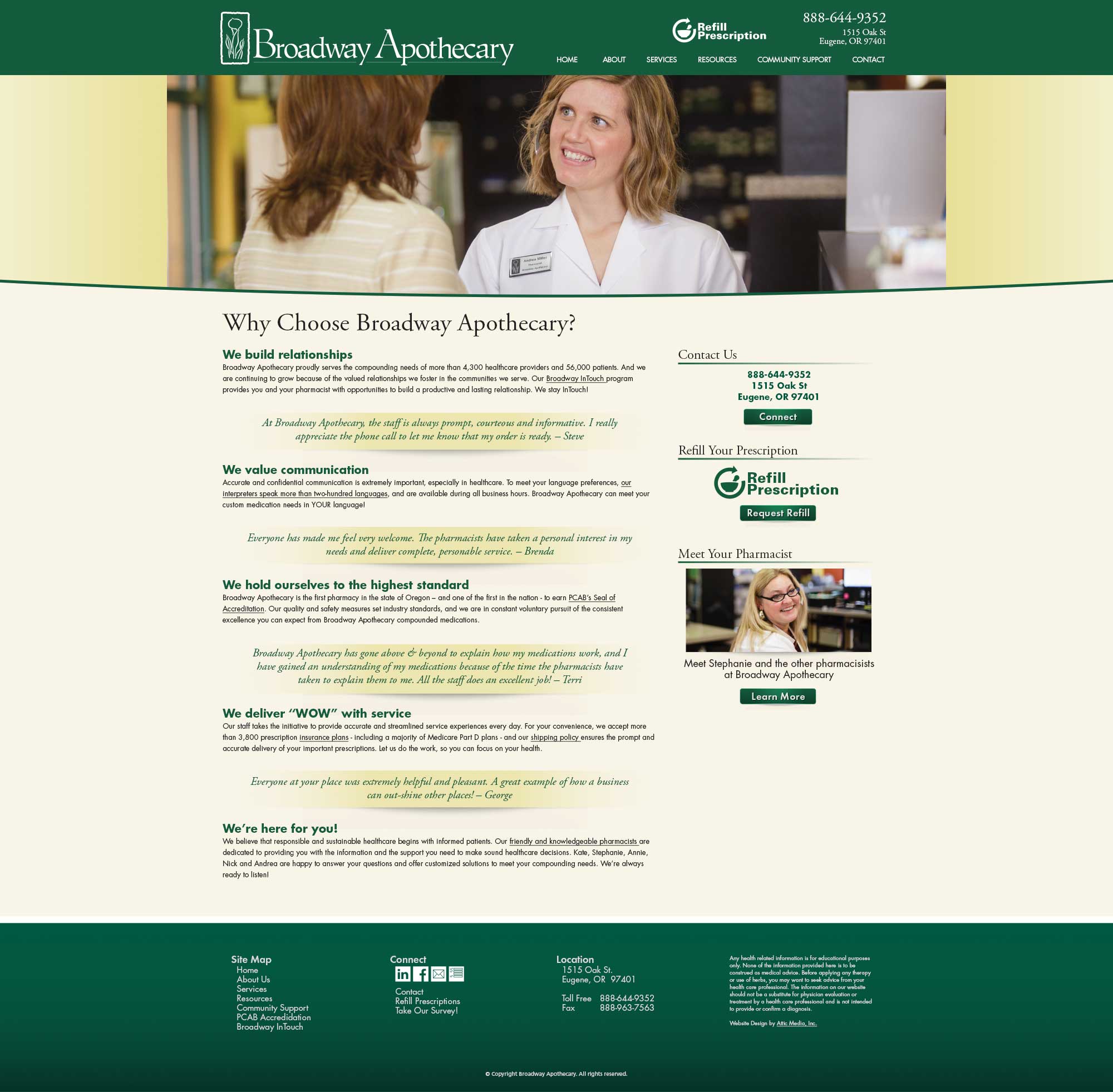 Broadway Apothecary was founded in 1997 by two pharmacists, Sheri Cannell and Heather Wilson. The Founding Mothers had “retired” from their traditional pharmacy jobs and each had decided to open their own compounding pharmacy in Eugene, Oregon. The adventure had begun!

They had a vision for the future – customized medications for individual patients. Heather and Sheri each completed specialized training, registered a pharmacy with the state of Oregon and outfitted their respective pharmacies with equipment and supplies. They worked together to help the two pharmacies succeed, and quickly realized that joining forces made perfect sense.

The partnership was a success, and the Founding Mothers enjoyed the next decade of lasting relationships, community service and healthy growth. But alas, true retirement was calling, and in 2006, Sheri and Heather decided to look for a worthy and courageous pharmacist to continue the adventure they had begun on E. Broadway.

Another successful transition came in 2010. Broadway Apothecary had grown in number of employees and technological advancements, so Broadway moved to its current location on Oak Street where safety, quality and innovation thrive. Led by dedicated visionaries and accomplished with steadfast teamwork, Broadway Apothecary was the first pharmacy in Oregon, and one of the first in the nation, to earn the PCAB® Seal of Accreditation.

A bright future lies ahead for Broadway Apothecary, its diverse patients and healthcare providers, and the compounding industry where it’s honored to contribute standards of excellence. From here, Broadway Apothecary continues to build lasting relationships, serve its community and pursue the healthy growth of its shared adventure.

Broadway Apothecary is scheduling for Covid Bivalent Boosters. Call to Schedule, and talk to a real person, 541-684-9352.